Over time, a school of thought for interior design arose, known as "Scandinavian Minimalism", in the Nordic countries of Sweden, Norway, Denmark, and Finland. Scandinavian Minimalism developed throughout the 20th century with the overarching goal to balance simplicity with aesthetic while considering capabilities to to apply designs for the overall population.

In Scandinavian interior design, there exists a concept known as "hygge", which loosely translates to "comfort". This is one of the key differences between standard minimalism and Scandinavian Minimalism, where the Scandinavian stance prioritizes comfort in addition to simplicity, while the overall goal of minimalism can involve certain sacrifices in comfort living in favor of simplicity. 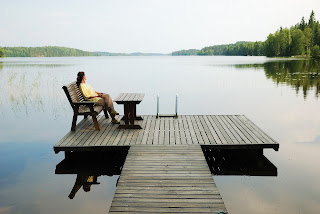 Also given the cultural and geographic differences between Nordic countries and the rest of the world, there are a few clear distinctions between Scandinavian Minimalism and the commonly known definition of minimalism. For example, Scandinavian Minimalism often takes inspiration from the natural world, with earth like colors, while still utilizing the sleekness of modern designs. Furthermore, it is highly important for Scandinavian Minimalists to prioritize the warmth of the home, largely contributing to the Nordic motif of comfort.

There are also a number of differences between Nordic countries in their own pursuit of minimalism. In summary, the interior design genre of Scandinavian Minimalism provides an interesting perspective on how to design a home interior, through its unique use of simplicity, comfort, utility, and modernity.

Popular posts from this blog

February 04, 2022
Especially recently, it has become increasingly important to evaluate your organizational philosophy. As we adopt new technologies and live with more complexity compared to the past, many people find themselves desiring a minimalist lifestyle . This article serves the purpose to hopefully suggest books about minimalism: 1. Deep Work by Cal Newport Deep Work by Cal Newport excellently articulates an important style of time organization which he argues, allows for an increased level of concentration. The primary thesis of this book is that the ability to know how to focus for an extended period of time, versus splitting up a task through multiple iterations, will allow a person to increase their general productivity. This type of workflow allows for simplification of a set of complex problems, by zooming in and doing things one at a time. 2. Soulful Simplicity by Courtney Carver Soulful Simplicity by Courtney Carver is a somewhat autobiographical story where she becomes diagnosed
Post a Comment
Read more